During my presentation, I shared with the audience some of the latest relevant updates and trends that we are seeing from around the world in terms of the uses of mobile money and mobile banking services.

Viral Marketing & Use of Social Networks

One interesting theme is the use of viral marketing to support the expanded use of mobile money and mobile banking services by focusing on key influencers in particular markets. I wrote about this a few years ago in an article entitled Creating a Tipping Point for Mobile Phone-based Financial Services. In this article, I talked about the factors needed to reach a critical mass of clients with mobile banking services.

As I mentioned in my paper, Malcolm Gladwell in his book, The Tipping Point: How Little Things Can Make a Big Difference, describes three agents of change that create tipping points in the spread of …

During his keynote speech at the Inaugural Dinner of the Rural Bankers Association of the Philippines (RBAP) last August 4, Bangko Sentral ng Pilipinas (BSP) Governor Amando Tetangco Jr recalled the journey of the two institutions in pursuance of advancing the rural banking sector and expanding financial services through innovative channels to more Filipinos.

Governor Tetangco noted that only five years ago, products and services offered by rural banks were limited. The recent BSPâ€™s Circular 678, 680 and 683 are now allowing rural banks to expand products and services to serve even more clients than ever before. These circulars recognize micro-housing loans, micro-agri loans and microinsurance as products that are suitable for low-income market. In addition, Circular 694 now allows rural banks to expand their outreach through cost-efficient channels such as the establishment of other banking offices (OBO) and micro-banking offices (MBO). Also, Circulars 649 and 704 will also open

Throughout its more than  12 years of working to strengthen the Philippine microfinance industry, the USAID-supported RBAP-MABS program has sought innovative methods not only in microfinance product and service delivery, but also in training methods on how to sustain best practices and maintain strong business partnerships.

At the 2011 National Roundtable Conference held in Manila on May 23-24, RBAP-MABS, for the first time, employed a “speed networking” approach to facilitate networking among rural banks and other microfinance partners so as to nurture relationships and explore partnerships and business opportunities. RBAP-MABS brought together partner rural banks, insurance providers, MABS service providers (MSPs), and ATM and m-banking partners in the activity.

“Speed networking” is a social and business networking event “based on speed dating and a Jewish tradition of chaperoned gatherings of young Jewish singles, originally intended to keep Jewish singles from marrying out of faith”. (See source: European …

Opening the forum, RBAP President Corazon Miller described the India microfinance crisis as “a wake-up call for microfinance practitioners in the Philippines to begin the proactive process of strengthening transparency, following consumer protection practices, improving governance, and becoming better at communicating the value of Microfinance services.”

Led by Ms. Elisabeth Rhyne, Managing Director of ACCION International’s Center for Financial Inclusion and organized for the microfinance stakeholders in the Philippines particularly rural banks, NGOs, credit cooperatives and others, the seminar provided interesting discussions on some of the issues …

The RBAP-MABS Regional Roundtable Conferences in Manila and Davao each featured a session on Microinsurance that sought to provide participants insights on the various distribution models which rural banks are allowed to adopt.  Presented were perspectives on how rural banks should formalize its microinsurance distribution operations in compliance with the provisions of the National Regulatory Framework and with regulations issued by the Insurance Commission (IC) and the Bangko Sentral ng Pilipinas (BSP). The session focused especially on Section 6 of the Microinsurance National Regulatory Framework, which provides entities engaged in informal insurance or insurance-like activities three (3) options to formalize their microinsurance operations:

Getting accurate, timely and objective credit information in a cost efficient way is one of the serious challenges that rural banks with microfinance operations face in making credit decisions.  The long-standing practice of pre-screening a loan application through field information gathering is costly and slow, and delays loan approval process. It is anticipated that a national credit information system mandated by the Credit Information System Act (or CISA) will help in addressing this challenge. However, getting the system up and running may still take sometime.

Meanwhile, rural banks can turn to the existing credit information services offered by the Bankers Association of the Philippines – Credit Bureau Inc. (BAP-CB). During the 53rd RBAP Charter Symposium on October 14-15, 2010 BAP-CB officer Manuel Batallones, reiterated the strong interest of the BAP-CB to support  rural banks’ credit information needs as their way of supporting the rural banks and especially the microfinance sector.  …

Mr. Mike Rios of Microfinance Opportunities livened up the audience at the 2010 RBAP-MABS National Roundtable Conference in Manila on June 3rd with an entertaining and informative presentation on marketing strategies.

“Market like your customer, not like your ‘Mom’” was the first of his three rules of marketing new products. Too often, marketers focus on the benefits that are not tangible to the customer, pretty much like moms lecturing about the benefits of vitamins to their children. Imagining what it is like to be a customer should drive design, branding and marketing decisions. Think of how Flintstones vitamins changed the way vitamins were marketed to children.

Mr. Rios’ second rule is: “Make your product easy to try, buy, and know ‘what’s in it for me’.” A product can have great brand recognition, but if customers do not know what the product does or how it benefits … 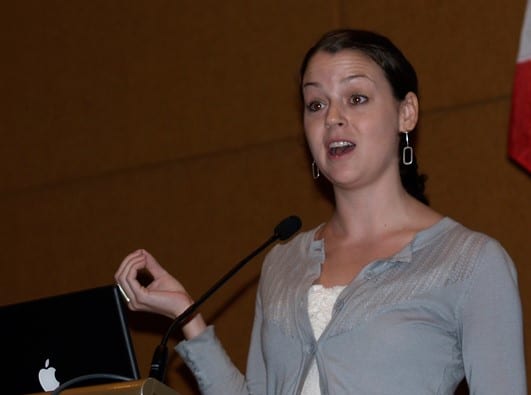 Several technological developments for support and expansion of microfinance services were presented during the 2010 RBAP-MABS National Roundtable Conference held in Manila on June 2-3, 2010.

While Ms. Hughes cautioned that not every bank will be able to implement the credit scoring system …