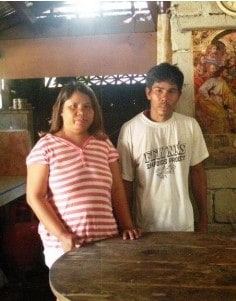 After getting married in 2001, Mr. Joel and Mrs. Erlyn Espinosa built their small nipa hut in Balasan, Iloilo to start a family. Mr. Joel is a son of a small palay farmer and makes a living as a carpenter for house construction. Years of labor as a carpenter are now showing in his slouched posture. Mr. Joel’s nine siblings somehow managed to live auspicious lives despite poor family background. Three of his brothers work as ship crew, while a sister married up and now settles in another province. Meanwhile, his other sisters managed to migrate to Canada to escape poverty in Balasan. With a serious, reflective look in his eyes, Mr. Joel said: “Of all my siblings, I am the only one living a hard up life.”

Mr. Joel’s wife, Ms. Erlyn, only finished elementary school, a common educational achievement among poor women in Balasan. Despite this, … 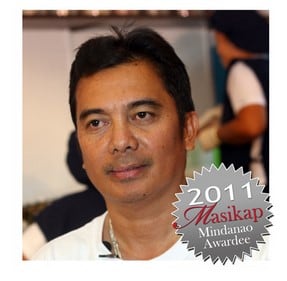 With four children to support and without a stable income, it was an everyday struggle to make ends meet for Mr. Danelito Castro and his wife. They were so hard-pressed that they could hardly pay basic monthly bills that amounted to a few hundred pesos (less than US$10). Faced with these circumstances, Mr. Castro set his mind on establishing a small business – one that he could immediately start with minimal capital. The couple decided to manufacture herbal products, since they both had extensive knowledge and background on the medicinal properties of trees. To differentiate their product from the wide range of herbal products already available in the market, they used genuine extracts from 49 kinds of trees with medicinal properties. With an initial capital of PhP 3,000 (US $68), they were able to manufacture and produce the first batch of Millennium Herbal Oil using empty liquor bottles as containers.… 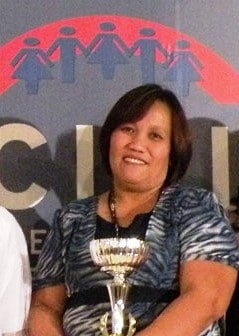 Back in 2009, Carina Gonato was a simple housewife who tried to make ends meet by selling consigned chicken lumpia around her neighbourhood. Upon the suggestion of her neighbours and recognizing that she could potentially earn more, she decided to make and sell her own chicken lumpia. It took her three months to perfect the recipe. After numerous taste tests, gathering her neighbors’ feedback, and tweaking the recipe, she finally gave it a go initially selling her lumpia inside the Mactan Export Processing Zone compound. Through word of mouth, her lumpia gained popularity and soon, orders started pouring in. She named her budding business Nateck’s Lumpia House, after her husband.

Initially, she did not have problems with sourcing her chicken supply because she only used up 5 kilos per day. But as her orders increased, she needed to have additional capital to catch up … 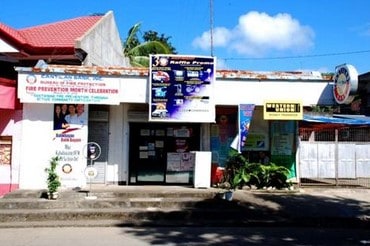 From Butuan City going north towards Surigao Norte is the town of Tubod, where mining has become a major source of employment to local residents and those in the outlying towns. Hired by labor sub-contractors of the mining company there, the number of miner-laborers peaks during the dry season and declines during the rainy season. The mining site is about five kilometers away from the Cantilan Bank Tubod Branch, which started its operations in 2005.

As is the practice in the mining industry, mining companies operating in Surigao del Norte and Surigao del Sur outsource their labor requirements to sub-contractors. In some cases, the laborers generally come from outside the local towns. In the case of the mining company in Tubod, more than 50% of the laborers are local residents who work as “casual” laborers in the mine. Since the work is only temporary, there are times when these laborers …

Mr. Archiebald “Archie” Beldad owns a pharmacy located in the town center of Cantilan, Surigao del Sur located in rural northeastern Mindanao. As a registered client of Cantilan Bank, a participating bank under the Microenterprise Access to Banking Services (MABS) Program, Archie began using GCASH for business in March 2007. He purchases and sells GCASH in small amounts and accepts GCASH as payment for his goods. He has a good credit record with the bank where he has been maintaining a deposit account for several years. Archie also uses the convenience of the Text-A-Withdrawal facility to withdraw from his deposit account and load up on GCASH.  When he has extra funds in GCASH, he also uses Text-A-Deposit to send money back to deposit in his account remotely.

Archie also helps his customers when they need to convert small amounts of GCASH to cash or cash to GCASH. According to Archie, …

More than 500 attendees packed into a basketball gymnasium in Cantilan’s town square to celebrate the 30th anniversary of Cantilan Bank. The gala highlighted the banks remarkable growth over the past three decades and underscored the important role microfinance services played in their success.

MABS started working with Cantilan Bank 11 years ago, when it had just three branches and 35 employees. Now, the bank is 260 employees strong with 12 branches across Surigao. The bank-wide loan portfolio grew from around P50M to P652M. The number of microfinance borrowers is 39% of Cantilan’s total borrowers with a client base of over 8,400 hard-working microentrepreneurs, small farmers, and store owners. The number of deposit accounts is 58,522 with P524M in deposits. More importantly, there are 3 depositors to every borrower, and voluntary savings by micro-depositors comprise 50% of total microloans outstanding. Indeed, the bank has grown drastically by continuously evolving …

A growing number of store owners are collaborating with rural banks and connecting to the GCASH network from Cantilan to Butuan City and across the region. These store owners are providing cash-in and cash-out services to support mobile phone banking services as well as mobile money transfer in these areas.

The partnership between RBAP-MABS and G-XChange, Inc. (GXI), Globe Telecom’s wholly owned subsidiary, has helped develop and implement mobile phone banking applications and m-commerce services for rural banks and their clients.  Based on a secure GCASH menu, mobile phone banking clients of accredited rural banks can receive loans, make payments and deposits, withdraw funds from their deposit accounts, receive money from relatives and friends, and even buy and sell goods remotely via GCASH.

Merchant-partners provide the opportunity for rural bank clients to conveniently deposit cash into or withdraw cash from their mobile wallets.  While rural banks in turn help to …

During a visit to Cantilan Bank, a team of MABS employees had the opportunity to observe first-hand how housing microfinance loans have impacted the bank’s clients.  Many microfinance clients own their homes, and often have a need to make incremental repairs or improvements using whatever funds they may have saved over time if they have no access to credit.   Housing microfinance loans generally mirror the way low-income households build or improve their homes in the countryside, which follow a progressive building approach.  Clients often build a foundation then the walls, then add roofing, and include water, sanitation, and electricity, step-by-step. MABS participating rural banks follow the approach that clients take to home improvement and home building in the housing microfinance loan products they offer to their clients.  While loans are slightly larger and longer term than typical microenterprise business loans, they are still paid back in periods of 12 months …

Jennilyn Antonio became a MABS client in 2004 when she applied for a micro loan with MABS participating bank Rural Bank of Mabitac (RB Mabitac) in Cabuyao, Laguna. Her first loan of Php 30,000 was used to buy a peanut grinder for her startup business of homemade peanut butter. Later on, her succeeding loans of Php 30,000 (second), Php 50,000 (third to sixth), and Php 100,000 (seventh) were all approved and repaid 100% on time. All her loans were invested in their business, which saw significant results. 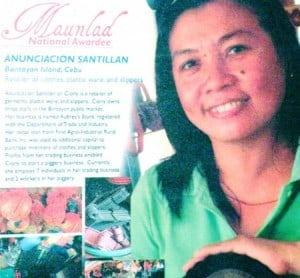 Year 2003 became a crossroad for the Santillans when they discovered First Agri-Industrial Rural Bank (FAIR Bank) branch on Bantayan island. Mrs. Santillanâ€™s first loan, which amounted to Php 20,000, was used to augment her savings to be used as business capital. Access to more funds and capital increased her opportunities to expand and sell more. 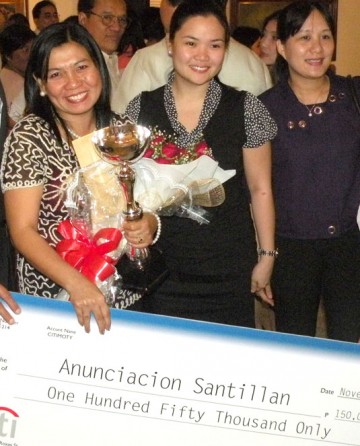